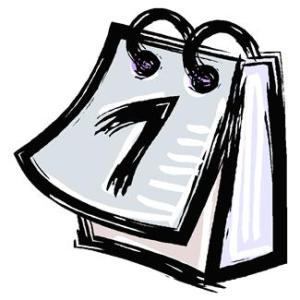 From our work to our personal lives, on any given day we can be forced to wear many hats. But, how many times have we said to ourselves, ”I’ll do it tomorrow?” The answer: Too many. There are two pluses to this situation; you can change any time you choose and at least you know you are human. And, even though some have procrastination down to a science, this habit can be unlearned. Read the following to discover how in just five easy steps.

It’s a big world out there, which means there’s plenty to get done. With that, roughly 20 percent of people recognize themselves as being chronic procrastinators, according to Psychology Today.

1. Many a motivational speaker has urged individuals to set goals. The first step is to assess what you are seeking to accomplish, instead of what tasks you are trying to avoid completing. Also, it may help to focus on the productive reasons for following through with a task. Are you immersed in a project with strict deadlines at work? Do you need to give your home a little TLC?

2. We sometimes psych ourselves out even before our hands touch a project. If you tend to be more of a pessimist rather than an optimist, pay particular attention to the things you are telling yourself. Moreover, paying attention to your self-talk can allow you to see your goals come into fruition, faster. How can I do this? Talk to yourself in ways that are productive and replace old, self-defeating talk with, productive self-talk. For example, instead of saying, “I think I can…” substitute this way of thinking by saying, “I can…”

3. Where does your musze or inspiration exist? Is it under an old oak tree or in a less serene setting such as on the subway or train? Take note that your surroundings can make a world of difference in terms of how much you do or do not get accomplished in a single day. Repeatedly placing yourself in situations where you don’t get much done can lead to procrastination, too.

4. Sometimes we just want to delve head first into projects in order to finish them; sometimes we don’t. Once you commit to a project and find that you hit a brick wall, simply start by completing a small task. It also may be helpful to write things down. Leave nothing to chance or memory.

5. The reward system does not necessarily have to apply to children, only. Yes, we adults can use a little incentive to complete things every now and again, as well. Once you complete a task you can mosey down to Starbucks or your favorite coffee-house and enjoy a nice latte, while thumbing through the pages of your favorite novel. But, you must complete the task before indulging.

Having the Eye of the Tiger

Don’t be particularly alarmed if you are having a problem with making your new-found modus operandi stick. Some experts conclude that it takes 21 days’ to change a habit or to adapt to a new lifestyle. Here’s to change!