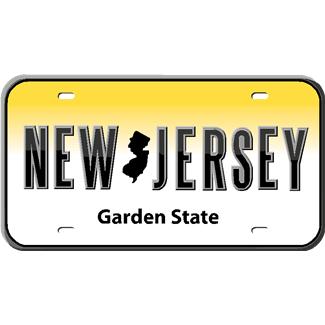 New Jersey, the ‘Garden State,’ is synonymous with beaucoup things. Most notably is tomatoes, politicians that have acquired a national platform and being a leader in high taxes for both homes and automobiles. But, now the state has the largest amount of fleeing residents, too. How so? The moving company United Van Lines analyzed 125,000 moves across 48 U.S. states in 2012, in its annual migration study.

Furthermore, the study provides a comprehensive snapshot of states’ moving patterns. United says it has been tracking this data since 1977 and the study is now in its 36th year.

New Jersey’s Not So New Trend

The fabric of New Jersey continues to change. According to United findings, New Jersey ranked the highest in terms of loosing residents. People are leaving the state in droves, as roughly 6,300 residents chose to pack-up and head elsewhere in search of greener pastures.

And, ‘Superstorm Sandy’ is charged with being the reason that the van line moved 3,925 of the state’s residents out of New Jersey last year. What does all this equate to? Well, 62 percent of New Jerseyans exited the state as opposed to moving in. With that, two economists, Michael Stoll and James Hughes, weigh-in on the mass exodus New Jersey is faced with.

Says Stoll, professor and chair of the Department of Public Policy at the University of California, Los Angeles,” New Jersey has been suffering from deindustrialization for some time now, as manufacturing moved from the Northeast to the South and West.”

New Jersey is in such close proximity to New York, which also may play a huge factor in why many of its residents are departing. “And because it’s tied to New York, the high housing costs may also be pushing people out,” Stoll says.

With that, Rutgers University economist Hughes says, “People are leaving because New Jersey is a very expensive place to live. We have high taxes and we have high housing costs per se – you can cash out on your very expensive house in New Jersey and move to a much more affordable state, and purchase an equivalent house at maybe half the price – half the taxes – and live quite well.”

There are many states in the U.S., but very few can boast that they are home to former New Jerseyans. Where are people migrating to? The top places are North- and South Carolina, the nation’s capital, Nevada and Oregon, according to United’s data. In fact, national trends show people leaving the Northeast for the Southeast and Northwest; reasons include jobs, housing, taxes and weather.

Older residents work hard their entire lives and raise families, they want to enjoy the fruits of their labor. This may be a plausible reason for why the Northeast and Midwest have a high population of residents over the age of 65. Those at this age tend to retire in states that are warmer and much more cost-effective. Therefore, southern and western states are very popular to relocate to, says Stoll.

What about those who are actively seeking employment? Hughes also draws on the fact that some individuals may opt to leave New Jersey because their prospects of finding gainful employment are greater in other parts of the country.

Plus, adds Hughes, “Pulling up stakes and moving for a job is usually a very, very dramatic and drastic move and it really is the province really of younger people, however the other situation could be someone who is a more mature middle-aged person who is laid off, and is not likely to be rehired would be more tempted to move – if there are definite jobs in other locations.”

The impact all this has on the state remains unclear. Hughes ultimately believes, “It’s difficult to say what the impact is – I think all of those policy changes are going to benefit the state in the long run. However it’s not going to be readily apparent in the short-term. It took many years of bad business policies in the state to give the state the bad reputation that it has, so you’re not going to turn that around overnight.”

Weighing-In on the ‘Garden State’

Why New Jersey continues to hemorrhage residents in epic proportions is a mystery and there are different speculations as to reasons why. Whatever the cause, here’s to hoping the state can recoup its loss. What is your take on the move many New Jerseyans are in favor of making?